Listening test: A description of Anuta

Listen to some extracts from BBC's From Our Own Correspondent about the remote Pacific island of Anuta and choose the heading A-I which best corresponds to each extract. 0 is an example. 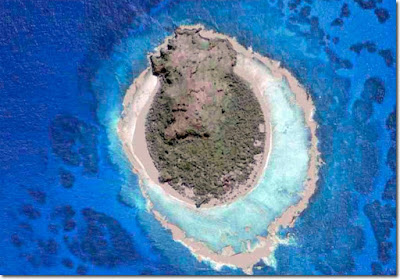 0
Sailing from Santa Cruz, in the eastern Solomons, it took us five days to reach Anuta. It was one of the most tedious journeys I have made, the continuous pitching of our small yacht making it impossible to either read or write. So it was with some relief when the speck of land that was Anuta finally appeared on the horizon.

1
We were their first visitors in two years. For a moment though, the feeling of isolation was overshadowed by Joseph’s T-shirt, which was emblazoned with the words ‘Planet Hollywood, Las Vegas’. It would be hard to imagine a greater contrast between two places. Las Vegas, the capital of excess, and little Anuta where even a mirror is considered a luxury. But while Anuta’s remoteness may have severely limited the quantity of consumer goods reaching the island, its isolation has forged a community spirit that would be very hard to beat.

2
The Anutans have their own word for this, aropa, which means love and compassion. It is an ideology that is applied to almost everything they do. You can see it at work in the way food and tasks are shared, but it goes further than this. Bizarrely they even adopt each other’s children. Joseph’s oldest daughter was adopted by a couple who gave him their son in return a few years later. When I asked Joseph about this, he simply said that it wasn’t an issue as Anutans saw children as communal. What was important was that everyone who wanted a child had one.

3
During our two-week stay we had at least one meal in at least every one of the 24 households. Sitting on the floor of each hut we were served communal dishes of fish and glutinous puddings of taro or manioc, all wrapped up in forest leaves. The meals, prepared by the women, were virtually identical from one hut to the other, but this was all about aropa, affection through sharing.

4
When I asked Joseph what the biggest changes have been in the last 20 years, he said ‘young people playing ukuleles’. Was this a problem? I asked, rather jokingly. ‘Well’, he replied more seriously, ‘before the ukuleles the younger generation would dance every evening. Now it is rare’. I got the same response from at least half a dozen other adults. As trivial as this sounds, it does make one think about our own, supposedly advanced, society. We worry about our children getting in with the wrong crowd, taking drugs, drinking, teenage knife crime, Anutan parents worry about their kids playing homemade ukuleles.

5
On the day we left, a group of men came onto our yacht and, with little notice, broke into their farewell song, ‘Sorrow come to us’. One of the chorus lines was: ‘Sorry we will never see your faces anymore’. It was enough to bring a lump to my throat. The lyrics had a point however. Anuta’s isolation has meant that few visitors ever return. But then, this is probably just as well. The beauty of the Anutan way of life comes from the relative absence of outside influence.

6
In the end it was easy to see what the island’s 300 people saw in the place. As a hardened traveller I do not say this lightly, but the Anutans were the most harmonious and hospitable people I have ever met.