Listen to five international world news items and choose the heading A-G which best suits each extract. There are two headings you do not need to use.

A - Agreement reached to end war
B - Companies to help with gender issues
C - Conference over a divided island
D - Fighting the enemy for over 75 years
E - Happy ending for adventurer in difficulties
F - Real hope for a country devastated by war?
G - Stability vs authoritarianism 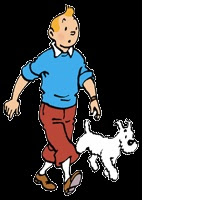 1 Companies to help with gender issues
They only employ men, but in Saudi Arabia Uber and local ride-hailing firm Careem are helping women get into the workplace. As women in Saudi Arabia we are not allowed to drive and we do not have enough money to pay a chauffeur. The Careem app has solved all these problems. In some cities Uber has provoked protests, with taxi drivers fearing their businesses will suffer. But Saudi Arabia is offering state investment to both Uber and Careem. It’s hoping the companies will get 1.3 million women into work by 2030. Uber
and Careem say they’ll create up to 200,000 jobs for Saudi men in the next two years. That’s almost three times the number of employees at state oil giant Aramco. All the new jobs must also be given to Saudi nationals. And there’s another reason for the success of ride-hailing. Many of the vehicles in the existing taxi system are considered too old for some of the wealthier women. There’s a three-year age limit on all Uber and Careem cars.

2 Stability vs authoritarianism
Turkey’s parliament has voted to press on with a controversial debate to reform its constitution. If adopted, the proposals will expand the powers of President Tayyip Erdogan and get him one step closer to an executive presidency. Erdogan and his supporters argue that Turkey needs this sort of strong leadership, saying an executive presidency would prevent a return to the fragile coalition governments of the past. The prime minister insisting it would resolve the problems of Turkey having two executive authorities, saying
two captains sink the ship, there needs to be one captain. But Erdogan’s opponents fear the reform will fuel authoritarianism. If changed, Erdogan would be able to appoint and dismiss government ministers, take back the leadership of the ruling party, and govern until 2029. The initial vote was passed with 338 in favour and 134 against. Debate on the individual articles will start on Tuesday. The AKP plans to finish this by the 24th January. A referendum is expected by the spring.

3 Real hope for a country devastated by war?
Bashar al-Assad promising everything will be on the table at proposed Syria peace talks, including his own presidency. With the caveat though: Assad saying only Syrians can determine his fate at the ballot box, though his opponents want him out under any peace deal. Assad clearly feeling himself to be in a strong position. Three weeks ago, his army dealt the rebels their biggest blow in nearly six years of war by driving them from Aleppo. Assad defending that bloody, drawn-out battle by saying it had liberated civilians from
what he called terrorists. No date has yet been set for the peace talks, which Russia, Iran and Turkey proposed last month. But Kazakhstan is the planned venue.

4 Conference over a divided island
It’s the start of a week of intensive talks. Leaders of ethnically split Cyprus meeting in Geneva, hoping to succeed where others have failed. The goal is to reach an outline of a peace deal to end decades of division. The island was split in a Turkish invasion in 1974 triggered by a brief Greek-inspired coup. Mediators are keen to capitalize on the momentum of two moderates at the helm. Greek Cypriot leader Nicos Anastasiades and Turkish Cypriot leader Mustafa Akinci are seen as being very pro-settlement. But the talks will be difficult, there are dozens of disagreements to tackle; power-sharing, territorial adjustments and security issues. First on the agenda is how to handle property disputes stretching back more than 40 years. On Thursday, talks are scheduled to broaden to include other nations with a stake, Britain, Greece and Turkey. Conference organizers have already begun suggesting the process might be more open-ended than initially thought.

5 Fighting the enemy for over 75 years
He’s one of Belgium’s most famous exports. So it’s no surprise that a crowd of Tintin fans turned up in Brussels to meet their hero, sort of. An actor dressed as the literary adventurer arrived to Belgium’s capital city Grand Place, driving in an old-fashioned car. The stunt was to celebrate the oldest comic book of Tintin’s adventures , ‘Tintin in the Land of the Soviets’ being published in colour for the first time. Fans, many of whom were dressed as Tintin or his fictional best friend Captain Haddock, were thrilled at the new release. Some fans also brought their dogs to the event – particularly those that looked like Tintin’s canine companion Snowy. ‘Tintin in the Land of the Soviets’ was first published by author Herge in 1929. It sees the intrepid adventurer narrowly escape death in Berlin, then being pursued by Soviet secret police.
It’s one in a series of publications by the author. As many as 230 million Tintin books have been sold worldwide and they’ve been translated into 77 languages.