Read The Guardian article Lark or owl, working nine-to-five will make you tired on the way our natural circadian rhythms doesn’t agree with the typical working day. Choose the best sentence (A - J) for each gap. There are two sentences you do not need to use. 0 is an example.

A - a stressful commute to reach a fixed point
B - and embracing flexible working
C - individuals have very different sleep-wake patterns – 0 Example
D - many expect workplace flexibility in the workplace
E - to beat their wings to a different rhythm
F - to fit the workplace around the worker
G - to reach peak alertness at around noon
H - what if that commute were simply eliminated?
I - when we experience jetlag, or a lack of sleep
J - which isn’t possible under a fixed structure

Lark or owl, working nine-to-five will make you tired

Every day, 21.18 million people in the UK work nine to five. This may seem intuitive – we all know people tend to work best during daylight hours. But even within these parameters, (0) … .

Our internal body clock is a natural process governed by circadian rhythms that regulate levels of energy and alertness throughout the day. So (1) …, this interferes with our ability to think.

Much research has been done on when we work best, but little of that knowledge has filtered through to the workplace. The average employee will take a few hours after arriving at work (2) … . This peak then subsides until around 3pm. After this low, alertness tends to increase again until a second peak at 6pm. Then it’s a steady decline until the ultimate low at 3.30am. Finally, alertness climbs again and the cycle repeats.

This, however, is the average cycle with people deviating hugely. Some fall into early morning achievers (larks), while others work better in the evening (owls).

Consider the typical working day: a 7.30am start; (3) … before 9am; an hour for lunch often spent at the desk; and a tiring commute home leaving work at 5pm each day.

The notion of the nine-to-five working day was established in Victorian times, not an age much aware of worker welfare, and it is easy to see the conflict between this fixed structure and our natural circadian rhythms. So how can businesses adapt? Already numerous companies are rejecting this outdated idea of a fixed working routine (4) … .

With the early evening peak of alertness occurring precisely when a vast majority of workers are wrestling with motorways or public transport on their commute home, (5) … . It’s won’t work for everyone, but there are a large percentage of professionals travelling unnecessarily to a fixed location.

Solutions are available today. Businesses of every size and in every sector are consuming flexible workspace and a new pattern is emerging which aims (6) …, rather than vice versa. Business leaders are listening to workers struggling with the daily cost and frustration of commuting. And they are embracing flexible working to attract the best employees.

Whether employers are quite ready to allow individuals to nap during the day during low-energy spells is a debatable point. But there is certainly receptiveness for improved workplace wellbeing and for trusting employees to maximise their productivity on their own terms.

Giving a little scientific thought to the process of productivity – and allowing owls and larks (7) …– works best for everyone. 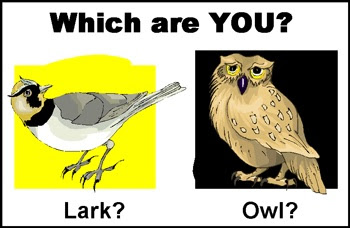