For this week's reading test we are going to use The Guardian article Happiness depends on health and friends, not money, says new study, by by Phillip Inman.

Read the article and choose the option A, B or C which best completes each sentence.

Most human misery can be blamed on failed relationships and physical and mental illness rather than money problems and poverty, according to a landmark study by a team of researchers at the London School of Economics (LSE).

Eliminating depression and anxiety would reduce misery by 20% compared to just 5% if policymakers focused on eliminating poverty, the report found.

Lord Richard Layard, who led the report, said on average people have become no happier in the last 50 years, despite average incomes more than doubling.

The economist and former adviser to Tony Blair and Gordon Brown said the study, called Origins of Happiness, showed that measuring people’s satisfaction with their lives should be a priority for every government. The researchers analysed data from four countries including the US and Germany.

Extra spending on reducing mental illness would be self-financing, the researchers added, because it would be recovered by the government through higher employment and increased tax receipts together with a reduction in NHS costs from fewer GP visits and hospital A&E admissions.

“Tackling depression and anxiety would be four times as effective as tackling poverty. It would also pay for itself,” he said. The report supports the arguments put forward by Layard over several decades that social and psychological factors are more important to the wellbeing of individuals than income levels. “Having a partner is as good for you as being made unemployed is bad for you,” he said. The report claims that state-run organisations, including schools, must become more focused on tackling anxiety and mental health issues.

“This evidence demands a new role for the state – not ‘wealth creation’ but ‘wellbeing creation’,” Layard said. “In the past, the state has successively taken on poverty, unemployment, education and physical health. But equally important now are domestic violence, alcoholism, depression and anxiety conditions, alienated youth, exam mania and much else. These should become centre stage.”

The economist said it was a curse on children that they were judged by society solely on their educational attainment. The report adds: “The strongest factor predicting a happy adult life is not children’s qualifications but their emotional health. There is also powerful evidence that schools have a big impact on children’s emotional health, and which school a child goes to will affect their emotional wellbeing as much as it affects their exam performance.”

Layard rejected accusations that he was arguing against closing income inequalities but said improvements in mental health services would have a greater impact.

The health secretary, Jeremy Hunt, has pledged to increase funding for mental health services. In September he said the care offered to children and young people was the service’s biggest weakness.

But the Department of Health admitted last month that the number of mental health nurses working in the NHS in England has dropped by almost a sixth since the Conservatives came to power in 2010, from 45,384 in England to 38,774 in July this year.

The report will be presented to a conference in London on Monday that has been organised by the LSE and the Organisation for Economic Co-operation and Development.

1 According to a team of researchers at the London School of Economics
A. eliminating depression and anxiety would make people four times happier.
B. failed relationships is at the root of human unhappiness.
C. money problems don’t bring unhappiness.

2 In the last 50 years
A. our income has stayed the same.
B. our level of happiness has not changed.
C. people have become poorer.

3 In Lord Richard Layard’s opinion, the money spent on reducing mental illness
A. might bring more unemployment.
B. would lead to an increase in taxes.
C. would pay for itself in the long run.

4 The study Origins of Happiness claims that
A. citizens’ mental condition should be prioritized.
B. income levels are not really important to citizens.
C. it is convenient for people to have a partner.

5 The study says that so far the state has failed to deal with
A. domestic violence, alcoholism, depression and anxiety conditions, alienated youth, exam mania.
B. poverty, unemployment, education and physical health.
C. both A and B.

7 At the end of the article it is said that
A. income inequalities are not being taken into consideration anymore.
B. the money spent on mental health services has been increased.
C. there has been a reduction in the mental health staff. 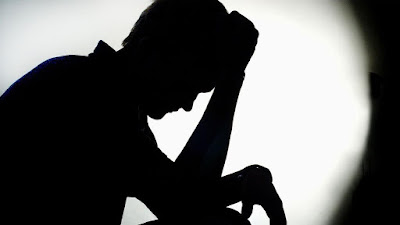