Listen to Melanie telling the story of a car accident she once had. Complete the blanks in the sentences with up to THREE  words. 0 is an example.

0 Example:
Melanie has been driving for 20 years. 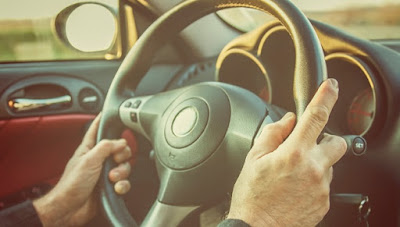 I consider myself a good driver. I’ve been driving for over 20 years. I’ve only been in one accident and I’ve only gotten one speeding ticket. Still, I hate making left turns, because I got in an accident once making a left-hand turn. We drive on the right-hand side of the road in North America, so when you make a left turn, you’re driving in front of cars coming in the opposite direction.
The accident happened at a busy intersection. I’d been waiting a while in the left-hand turn lane at the traffic lights, and there was one car in front of me. The light turned amber and the car in front of me turned left. I followed the car hoping to beat the red light. I’d just assumed that the cars in the other direction had already stopped since the car in front of me was turning left.
I saw too late that a car had sped up and was trying to beat the red light. I was hit in the middle of the intersection. The car slammed into my passenger-side door. I completed the left-hand turn and pulled over to the side of the road. There was an off-duty police officer in the car behind me who witnessed the accident. I don’t remember who called the police, but an officer arrived at the scene. He explained that both drivers were at fault and he gave both of us tickets. I shouldn’t have tried to rush through the amber light. I should have checked that all the cars had stopped before I started the left turn.
I wasn’t hurt. The other driver wasn’t hurt, either. There was damage to the passenger-side door and it cost me a lot of money to repair the door! I didn’t fight the ticket in court. I paid the fine. Now, I avoid making left-hand turns as much as possible, especially at a busy intersection!