Reading test: A daily walk 'can add seven years to your life'

In this week's reading test we are going to read The Independent article A daily walk 'can add seven years to your life' to practise the insert-a-word kind of task.

Read the text and complete the gaps with one word or phrase from the list below. There are three words or phrases you do not need to use. 0 is an example.


A daily walk 'can add seven years to your life'

Just 25 minutes of brisk walking a day can add up to seven years to your life, (0) according to health experts.
Researchers have found that moderate exercise could (1) … the risk of dying from a heart attack for someone in their fifties or sixties.

Coronary heart disease is the UK’s single biggest killer, causing one death every seven seconds, and exercise has long been seen as a way to reduce the risks by (2) … obesity and diabetes.

A new study presented at the European Society of Cardiology (ESC) Congress suggested that regular exercise can increase (3) … .

A group of 69 healthy non-smokers, aged between  30 and 60, who did not (4) … regular exercise were tested as part of the study at Saarland University in Germany. Blood tests taken during six months of regular aerobic exercise, high-intensity interval training and strength training showed that an anti-ageing process had been triggered and helped repair old DNA.

“This suggests that when people exercise regularly, they (5) … be able to retard the process of ageing,” said Sanjay Sharma, professor of inherited cardiac diseases in sports cardiology at St George’s University Hospitals NHS Foundation Trust in London.

“We may never (6) … becoming completely old, but we are likely to delay the time we become old, look younger when we’re 70 live into our nineties.

“Exercise buys you three to seven additional years of life. It is an antidepressant, it improves cognitive function and there is now evidence that it is likely to retard the onset of dementia.”

The advice from experts is that everyone (7) … do at least 20 minutes of walking or jogging a day, given the sedentary lifestyles and changes in diet that have contributed to high death rates from heart disease. Exercise can (8) … improve brain functioning.

Exercise brings benefits at whatever age the person starts. People who start exercising at the age of 70 are less likely to go on to develop a condition that (9) … to irregular or racing heart rates in 10 per cent of people aged over 80.

“It helps us understand the process of cellular ageing, as that’s (10) … drives our organ system and body ageing, and the effects physical activity can have on the cellular level.

“The more active you are, and it doesn’t matter when you start, (11) … benefit you are going to have.”

Heart attacks are mainly triggered by coronary heart disease, (12) … kills around 73,000 people in the UK every year and is the leading cause of death in both sexes. Heart disease generally affects more men than women, although from the age of 50 the chances of developing the condition are similar for both.

According to a separate study, hundreds of young people die every year from “electrical faults” in their otherwise healthy hearts triggered by intense sporting activity.

Sudden cardiac death (SCD) is a rare happening that affects one in 50,000 athletes, (13) … most who die are men, researchers found. In the 35 year history of the London Marathon, only one woman has died compared to 13 men.

The study’s authors, from St George’s University Hospital in London, found that a large proportion of cases of SCD in sport (14) … in people with anatomically normal hearts, but with inherited faults in the heart’s electrical system that causes them to miss beats and trigger death. 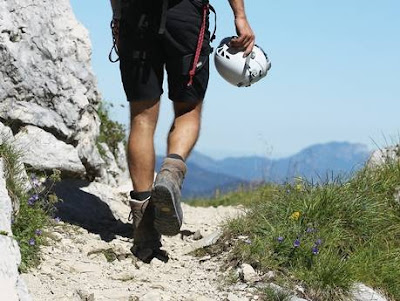