Listening test: On the buses

Listen to a short clip on the relaunch of the famous London icon the Routemaster and complete the blanks in the sentences below with the missing information. 0 is an example


listen to ‘On the buses’ on audioBoom


0 Example
Apart from the famous landmarks, one of the most recognisble icons of London is the red, double-decker Routemaster bus.

1 Mayor Boris Johnson has decided to revive the Routemaster and has organized a competition to design ________________ . 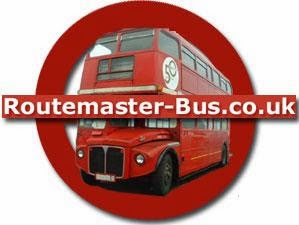 When you think of London, what are the first images that come to mind? Perhaps you picture a famous landmark such as Buckingham Palace or Big Ben; maybe you imagine a guardsman in his bearskin hat, or a black cab. Yet for many people one of the most recognisable icons of the city is the (0) red, double-decker Routemaster bus. A few years ago it seemed that the Routemaster might only be seen again in old films and on postcards. But London's colourful new mayor, the Conservative Boris Johnson, has decided that the Routemaster should be revived and he has even launched a competition to design (1) a new model. The winners of the competition have been announced and the new Routemaster should be on the streets in time for the 2012 Olympic Games.
The history of the Routemaster can be traced back to London's first ever bus — a (2) horse-drawn carriage which ran from Paddington to Bank in 1829. It was called the `omnibus,' from the Latin word meaning 'for all.' The word was gradually replaced by the abbreviation 'bus’.
The first motorised buses were introduced in the early (3) 20th century, alongside the red, double-decker trolleybuses. The Routemaster itself first hit the streets of London in 1956. Graham Noakes, who has worked on the Routemasters for 25 years, first as a (4) conductor and then as a driver, describes seeing the buses as a child:
When I was a child I used to see these old buses coming up Downham Way, where I used to live, Downham, Bromley, Kent, and I was inspired by that, and it was just the look, the fascination of them, and the commandership in the crews that worked them.
Although the last new Routemaster was built in 1968, these vehicles continued in regular service until 2005, although by then many had been replaced by one-man buses with no conductor. They were finally phased out to be replaced by modem buses which were more accessible to (5) wheelchair users.
The design of the Routemaster used techniques developed in aircraft production during World War II. It had an aluminium body, making it much lighter, and several new features for a bus, including power steering and automatic gears. (6) The platform at the back allowed passengers to hop on and off, and there was a conductor on board to take fares and chat to people. Graham Noakes explains how this combination helped to make it such a popular icon:
I personally think the reason why is because the Routemaster glorified London. It was such a fine-looking vehicle, it was a lot of memories for people. I mean, they've met each other on Routemasters and got married, the crews that worked them — they even got married together. It's so many things happening, it was just a (7) friendly, happy atmosphere on these buses.
Publicado por coordinacion.thats.eoi1z@gmail.com en 0:00