Listen to a report on an ingenious idea on how to reduce the luggage we carry when travelling. Complete the blanks in the sentences with up to THREE WORDS.  Numbers count as one word. 0 is an example.

0 Example:
The best part of knowing English is that our foreign language skills and the experiences we acquire with it require no extra baggage. 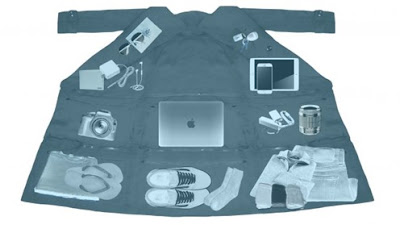 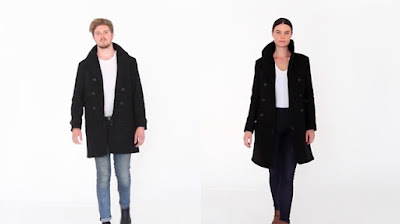 Learning English takes time and effort. For most of us, the payoff comes when we hit the road. And the best part is that our foreign language skills and the experiences we gain using those language skills require no extra baggage.
These days airlines squeeze us for more dollars by charging for things that used to be free, like checked baggage. But for some people, money is no object. During a recent trip to Indonesia, Saudi king Salman bin Abdul Aziz brought 506 tons of baggage with him. This included two Mercedes-Benz limos and two electric elevators. It wasn’t all personal baggage. He travelled with about 1,500 people, including 25 princes.
To be fair, the Saudi king is not alone in his extravagance. When Obama travelled to Africa in 2013, he brought along 56 vehicles including 14 limousines and hundreds of security personnel.
While kings and presidents don’t have to worry about baggage fees, more frugal travellers are looking for ways to avoid the extra costs of excessive baggage. You can now buy a jacket that has 14 large pockets to carry all your travel needs. The ‘Airport Jacket’ holds up to 15 kilograms of your personal belongings with room to spare. It allows you to avoid the hassle and cost of airline checked baggage fees. Of course, wearing your baggage is not the most comfortable or fashionable choice. For people who prefer not to look like a smuggler, it also transforms into a bag with a shoulder strap. As soon as you get on the plane and take the jacket off, you’re just a regular traveller with a bag.
There is an even easier way to get around airline baggage fees: carry nothing. Travel writer Jonathan Yevin spent a month traveling around Latin America with simply the clothes on his back, a toothbrush, a passport, a credit card, a small digital camera, and a cell phone. He also carried one book from which he tore the pages out as he read them and threw them away. Yevin says, “One of the best things about traveling is that you get to leave your home and all the stuff that drags you down.”
They say traveling light is the only way to fly. But it doesn’t come without problems. Jonathan’s lack of luggage looked suspicious when passing through immigration. One immigration agent asked him, “What about washing clothes? Are you gonna run around my country naked?”
Regardless of how you choose to travel, one thing is certain: the English skills you bring with you and the new experiences you get speaking to real people along the way are, without a doubt, baggage free.