Listen to a report on hair washing and complete the blanks in the sentences below with up to THREE WORDS. 0 is an example.

0 Example:
Queen Elizabeth I of England took a bath about 4 times a year 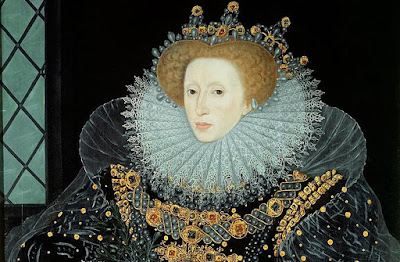 Portrait of Queen Elizabeth I at the Royal Museums Greenwich

Queen Elizabeth I of England took a bath about 4 times a year, they say, even if she didn’t need to. At that time, in the 16th century, bathing was not considered a very healthy or safe thing to do. It wasn’t so much that people didn’t like to be clean; it was more a fear of immersing yourself in water. You might catch something from the water. People, or rich people at least, preferred to wipe their bodies with clean, wet cloths. When I was growing up, many people used to bath and wash their hair only once a week. And people didn’t change their clothes nearly as often as they do today. There were practical explanations for this. The bathroom in the house where I grew up, for example, was freezing in the winter. And we didn’t have modern washing machines for our clothes.
I was thinking of all this the other day, when I was reading about Gary Barlow, one of the members of the famous Take That boy band, along with Robbie Williams. He tweeted that he had just washed his hair for the first time in 14 years. This produced a lot of reaction, as you can imagine. A number of other celebrities then revealed that they too have given up washing their hair. There’s a group of people who think that washing your hair is not necessary. And my daughter is one of them. They say that not washing your hair is good for both your hair and the skin on your head. But if I don’t wash my hair for a week, my head gets itchy and my hair gets greasy. These anti-washing people say, however, that you have to be patient and that after about 10 days, the greasiness goes, the skin on your head calms down and your hair starts cleaning itself.
The story was on the BBC website, and of course, the BBC always has to be balanced in its reporting, so they asked somebody from the National Hairdressers’ Federation what they thought. ‘There’s nothing wrong with washing your hair,’ they said. ‘Shampoo does not harm your hair or the skin on your head, and it can make your hair look better. Hair cannot clean itself.’ Well, perhaps, we might expect a hairdresser to say that.
So what should I do? Follow the no-wash trend? I probably won’t, but you never know, I did give up using a normal deodorant some years ago. I switched to using what’s known as a crystal deodorant, and I’m very happy with it.